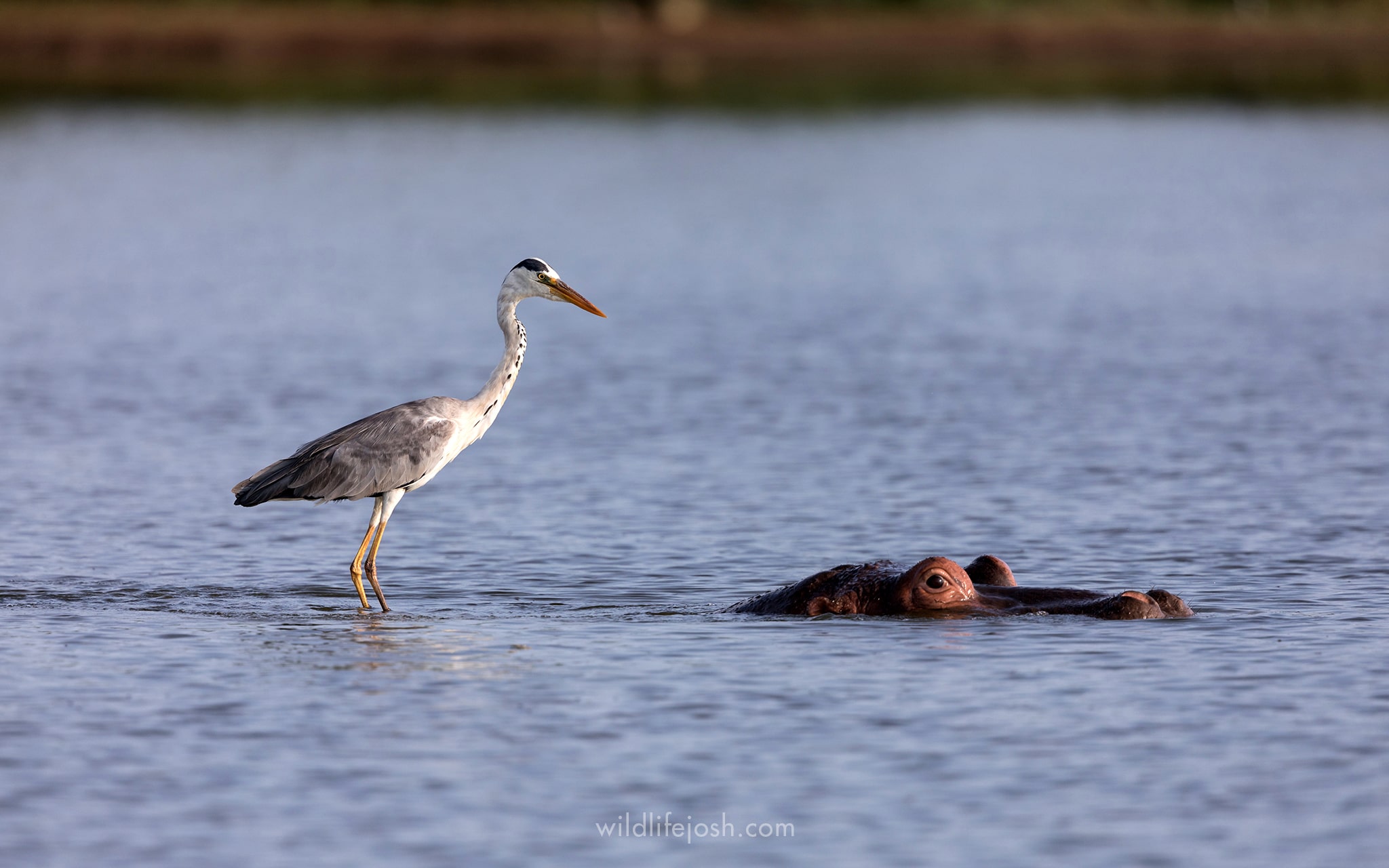 The Heron and the Hippo

This story first appeared in my email newsletter. If you enjoy it, please make sure to sign up so you don’t miss out on more like this!

I know what you’re thinking but no, “The Heron & The Hippo” isn’t the name of some fancy bistro pub. It’s the title of a little story from Kruger I want to tell you about. Make yourself a hot drink and settle in – I’m in the mood to ramble on a bit.

One afternoon at the start of the trip, I spotted a heron surfing on the back of a hippo. It amused me (like most things do) so I took a photo to show my family, but I didn’t really think much of it beyond that. In fact I didn’t think about it at all until one of the last days of the trip, when I found myself back at the same dam (Sunset Dam near Lower Sabie rest camp for those familiar with Kruger).

I noticed that one of the herons was at it again. Cruising around, hopping from hippo to hippo. The amusement must have worn off by this point as I paid even less attention to it, instead choosing to watch the Spoonbills whip their heads back and forth and the crocs clock up more hours of log practice.

But then I spotted something else. As the hippos moved around in the lake they were disturbing the fish, making them swim to the surface and sometimes even jump out of the water entirely. It suddenly clicked. The heron wasn’t surfing. It was fishing.

Amazing! These herons have obviously figured out that it’s more productive to fish from hippos than from land. They’re living their best life. I can’t quite see what the hippos (who aren’t exactly famous for their tolerance) are gaining from this relationship, but hey I’m not a scientist. There might be more going on than I realise. Either way I think it’s pretty fascinating!

Now whilst I’m not a scientist, I am very stubborn when I want to be. If I get an idea into my head then that’s that. So when I decided I wanted to capture an action shot of a heron fishing from the back of a hippo, well, that was the rest of my afternoon sorted! For the next 3 hours I waited in the hope that an opportunity would present itself. To make things even more interesting there were a few problems with this challenge. They included:

It was at least an hour before I made any progress. Doubt started to creep in. I’m not typically the type of photographer who will plan a 7-week expedition just to get one specific photo of an ant (although if you’re interested in hiring me for that, call me – I’m in). I’m much more opportunistic in my approach, preferring to choose a location which has a lot of interesting stuff going on and just immersing myself in it. But as I started to wonder about what the other animals in the park were doing, the image above happened. This was technically a photo of a heron fishing from the back of a hippo – you just can’t see the hippo. Progress! I decided to sit still a little longer.

To be honest the time between that moment and the one I’m about to show you was fairly dull. Nothing interesting happened. I waited (mostly) patiently and got to work on the snacks I’d brought. Pro tip: always stock up on snacks. Just make sure they’re quiet ones like chocolate or gummy bears because the wildlife – and more importantly your fellow wildlife photographers – will not like you if you’re munching away on crisps.

Anyway, you know very well where this is going. I wouldn’t be telling you all this if I had failed miserably. In fact, I only failed partially. Here is the final photo I came away with:

Tada! My photo of a heron that caught a fish from the back of a hippo. What a badass.

Am I happy with the image? Yes. Are there things about it that will bother me forever? Also yes. At this exact moment, the gloomy weather broke into a beautiful late-afternoon glow. It was as if everything was trying to line up at once. But I was so caught up in the excitement that I managed to overexposed the image and blow out the highlights on the heron’s neck. Bugger. I’ve done as much damage control in post as I can but it’s still not ideal. Also if I’m being fussy I really wish the hippo was facing towards the camera instead of away.

Out of the four issues I mentioned above, I feel like only managed to line 2 of them up – proximity and light. The hippo doesn’t get a tick because it looked the wrong way and I definitely don’t get a tick for almost ruining the shot entirely.

I’m still not sure if this story was meant to motivate you, impress you, warn you that shit happens or something else entirely. There’s a large chasm between “amazing” and “terrible” that the majority of photos fall into, and this one is teetering on the edge. At the end of the day this was a great challenge and a lot of fun. I’ll consider it a win. Like I said though – I’m very stubborn. This isn’t over. I’ll be back to try and capture the perfect version of this image one day…

Oh, and it wasn’t just herons that I caught fishing at this spot. This croc wasn’t riding on the back of a hippo though, so his story will have to wait for another time: 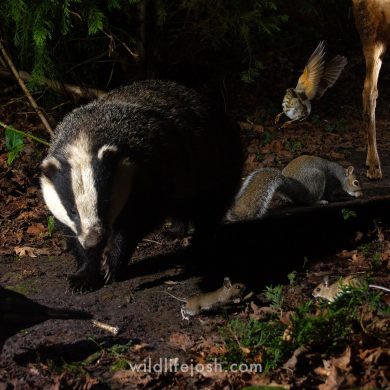