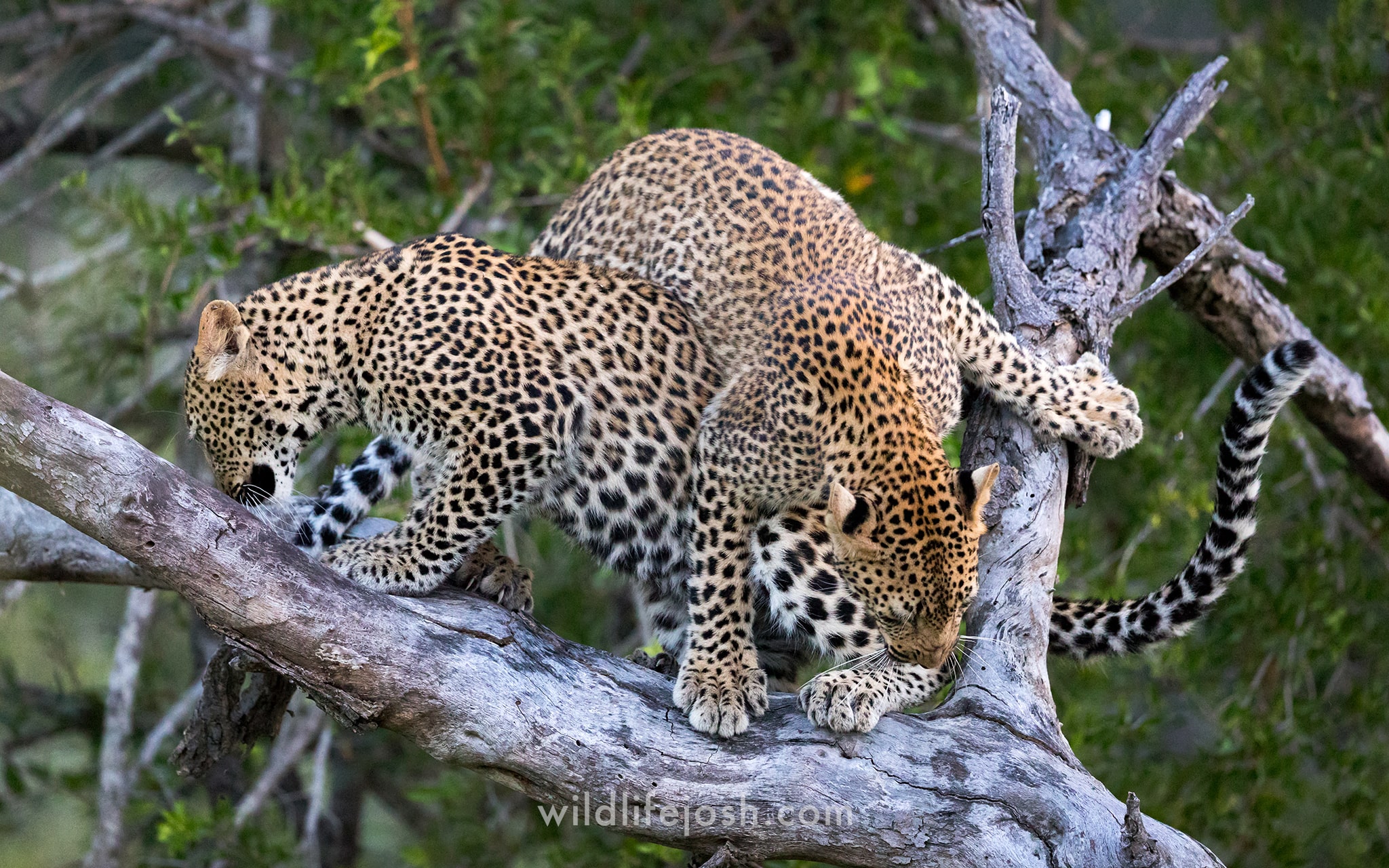 Behind the Shot: Double Leopards

My luck with leopards has always been sketchy at best. Way back in 2016 I made my first short film, In Search of Leopards, where I went looking for Indochinese Leopards in Thailand (spoiler alert: I didn’t find any). The following year I was hired for a project in Yala National Park, Sri Lanka, which has the highest population density of leopards in the world. That should’ve made things easier, right? It would have if the local government hadn’t decided to temporarily close the main area of the park during my visit.

Fast forward to 2019 where I found myself in Kruger National Park with my buddy Simon. I’ve written about this trip a few times now as it was one of my most productive photography trips in recent years, but leopards were certainly the last thing on my mind based on my previous experience. I was just there to have some fun with my new 500mm lens, look for cool animals and eat more than my fair share of Mugg & Bean muffins.

A few days into the trip, Simon pulled up behind a few other cars at the side of the road. I think I was busy looking at a little brown bird at the time. The word “leopards!” didn’t quite register in my brain (perhaps it was the Kiwi accent?) as I spun the binoculars around and saw two of nature’s finest creatures looking right back at me.

I was immediately giddy with excitement. Once I had composed myself (at least partially), my photography brain kicked in and I started to compose a photo. There was one small problem though: my lovely 700mm lens setup (500mm + 1.4x teleconverter) was too tight and I couldn’t fit both leopards in the frame! Good problems, right? Not knowing how long these two cats would stick around, I decided against taking the time to remove the teleconverter and instead I took two landscape photos – one from their feet up, and one from their feet down – which I later stitched together into what you see below:

If I’m being critical of myself, I would have preferred to have more space between them and the edge of the frame but I don’t think I can be too picky given the circumstances! Oh and just to be clear, I’m not saying I photoshopped two leopards into one photo. There were two leopards there, I simply photoshopped their top halves onto their bottom halves. This technique probably wouldn’t be allowed in a photography competition, but to be honest “competitive photography” is the last thing I’m interested in.

We were lucky enough to watch them for a few minutes before one decided it wanted to climb down the tree and move on. Which one, you ask? The one higher up the tree, of course, which led to this hilarious moment as they crossed over:

Knowing that I had a couple of nice images in the bag, I took a gamble and removed the 1.4x teleconverter as quickly and as dust-free as possible. In my haste I stuck my finger right on the glass and had to wipe it clean later anyway, but it’s the attempt that counts. With a wider field of view and only one leopard left on the tree I was able to capture the vertical image below with no stitching or other tom-foolery – so look out, photography competitions!

Here’s something that you may or may not find amusing: when the top leopard left the tree, the lower one moved up and sat in the exact same spot. If you put the two images side by side their position is so similar that the only way to tell them apart is by looking very closely at the spots (especially around the face). Can you spot the spot difference?

From a trip filled with excellent sightings and some of my favourite images of all time, this encounter definitely takes the top spot. I can’t remember, but it’s likely that we celebrated with another round of muffins. Fingers crossed my hope my luck with leopards continues! 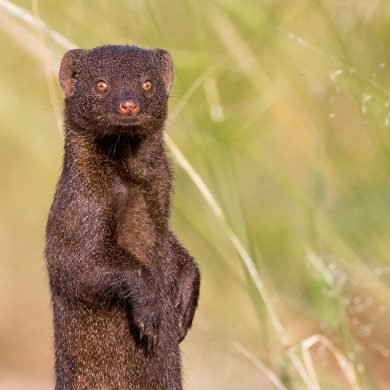 Behind the Shot: Standing Mongoose